CONNIE COMES OUT ON TOP 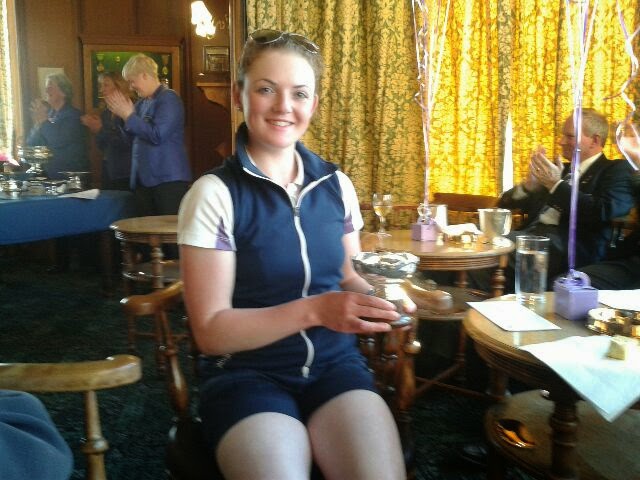 Another great round of golf today from Connie Jaffrey put her top qualifier for the match play stages of the Scottish Ladies Amateur Championship. At this evenings prize giving she walked away with a trio of trophies for - first scratch in round 1, lowest aggregate gross and lowest aggregate gross for under 21's. A fantastic achievement.

In the first round of the matchplay stages she will face our own Jane Finnie who won through in a sudden death play off against Renfrewshire's Carol Whyte. After close of play they were tied on 32nd place and had to tee up again at the 15th hole. The hole was halved in 5's and so they proceeded to the 18th where Jane won the hole with a par 4.

Linzi Allan and Emma Hale missed out on the Championship matchplay but have both played well and have qualified for the Clark Rosebowl so they will be in action again tomorrow.

Good luck to all the girls

Secretary
Posted by Webmaster at 22:03