Attached is the draw for the County Championship at Largs on 12th April. Click here for the draw.

Please remember to use the county mobile number 07984330429 if you need to contact a member of the committee on the day.

Remember to get your entries in for the foursomes in May
Posted by Lesley at 18:43 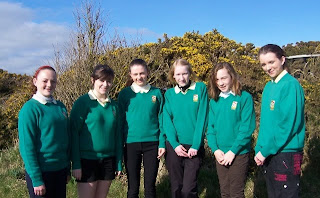 The season opener for our girls was a match against South of Scotland Girls played over Dunskey in Portpatrick on Sunday, 20th March 2011. In the top match Connie Jaffrey narrowly lost to Rachel Walker - both of these girls had the previous week competed in the Junior Champion of Champions where Rachel finished 3rd and Connie 6th out of a strong field. Ayrshire's points came from the second match where Mhairi McKay halved with Tara McTaggart, while newcomer to Ayrshire's team, Ali Roy from Maybole, secured a win on the last hole against the more experienced Katie Wright. Results are as follows:-
Connie Jaffrey lost to Rachel Walker, 2/1
Mhairi McKay halved with Tara McTaggart
Grace Mackie lost to Katie McCracken 4/3
Rachel Irvine lost to Danielle Ker by 1 hole
Hazel McGarvie lost to Vicki Wright 4/3
Ali Roy won against Katie Wright by 1 hole
The sun appeared at the end - just in time for the team photograph! Left to right:- Connie Jaffrey, Mhairi McKay, Grace Mackie, Rachel Irvine, Hazel McGarvie, Ali Roy
Posted by June at 12:15

The final was played on Saturday 5 March 2011 at Loudin Gowf Club.

It was a very good game, played in a friendly but competitive manor 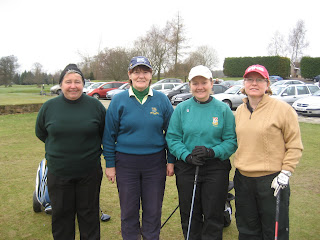 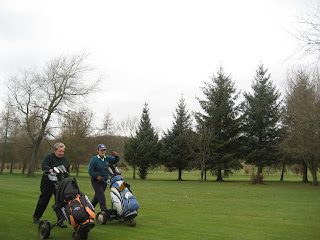 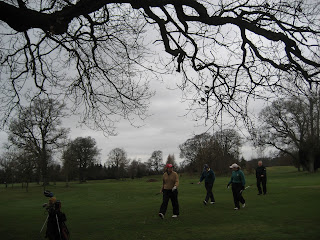 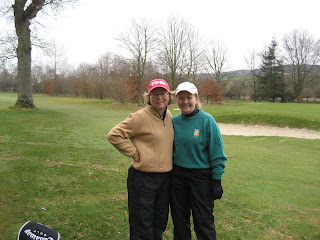