Captain Joanne, Vice Captain Ann and all the committee hope that all our members had a lovely Christmas and would like to offer our very best wishes for a healthy, safe and better golfing season in 2021

The R&A have this week announced their squads for the 2021 Vagliano Trophy and Curtis Cup teams. The squad consists of the top 17 amateur lady golfers in GB & I and we are delighted that Hazel MacGarvie (Royal Troon) has been included in the squad. 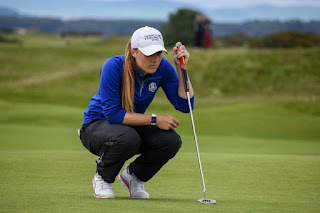 The Vagliano is a biennial match between GB&I and the Continent of Europe, Hazel played in the team at Royal St George's in 2019 and was unbeaten with an impressive 3.5 points out of 4. Next years match is due to take place in Switzerland from 25-26 June.

The Curtis Cup was due to be played this year but for obvious reasons had to be postponed. It is due to take place in Wales from 26-28 August.

We all wish Hazel well for the final team selection. 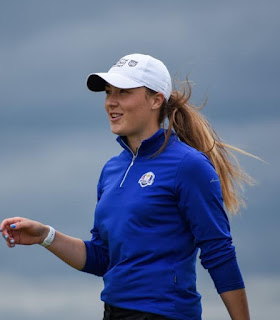 It is with great sadness that I have to report the sudden death of Mrs Fiona Gilchrist, Troon Ladies. 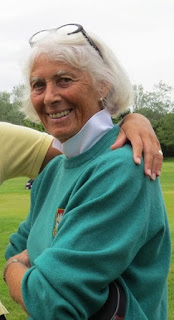 Fiona was a long time member of the Ayrshire ladies, latterly as a non playing member. She was an excellent golfer and did play in the County team. She continued to be a very loyal supporter of the County and, along with Past Captain Grace Kennedy, supported the annual team matches (Jamboree) travelling all over to offer her services as trolley puller and spectator.

This picture was taken at one of these events, Bothwell Castle in 2013.

Funeral arrangements are still to be confirmed.

Sympathy to her family and friends at this difficult time.