Our Junior winter coaching is well under way at Gailes, week 4 last night and, despite the horrendous weather, we had 24 girls making the most of the facilities and the coaching that we are offering.  To see some pictures go to the Junior page on the website.
Posted by Ann at 12:36

We now have our full semi final line up with both matches at the top of the draw being completed in the last few days.

The Lady Past Captains of ALCGA held their Biennial luncheon at Highgrove House Hotel on Monday 27th January 2020.
Eleven ladies were present representing five decades from the seventies up to the current year. An abundance of talent sat down to lunch with ladies who had represented Ayrshire over the years and two Past Presidents of the former SLGA.
A lovely lunch was served and much chat and reminiscing was enjoyed by all. 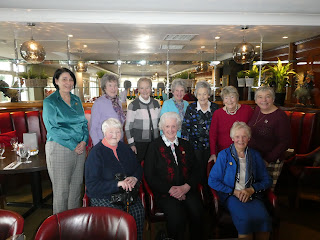 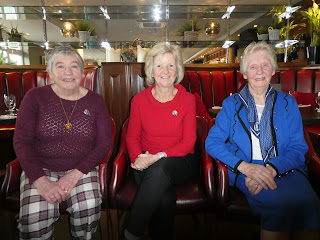 Some of our senior squad, along with some Juniors and committee members, enjoyed their first coaching session today at Fairways Indoor Arena.

Not only were we able to shelter from the pouring rain but we also made use of the short game area, including bunker practice, long game area and trackman.

A successful morning enjoyed by all those who attended, thanks to resident professional Bobby Rushford for setting up the challenges and his advice. 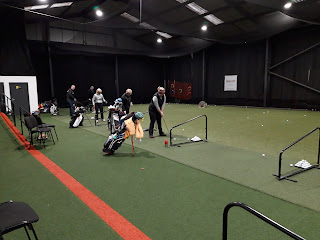 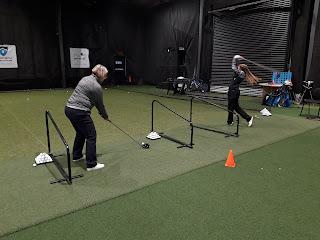 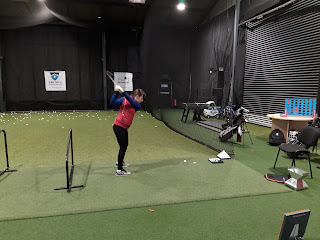 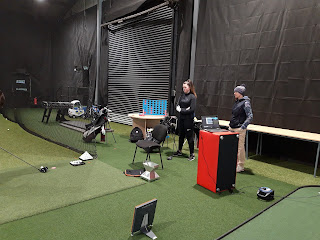 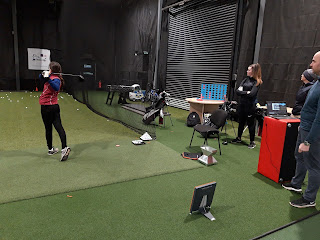 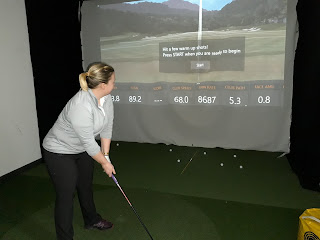 Winners of last years winter foursomes, Minnie Hamilton and Liz Fitzpatrick (Barassie) have booked their place in this years semi final courtesy of a win over Margaret White and Sheila McDougall (St Nicholas)

They now face another St Nicholas duo of June Dempster and Katie Hodge who won their quarter final match against Jill West (Irvine) and Margaret Miller (Troon Ladies)
Posted by Secretary at 15:22

Happy New Year to all of our Lady and Junior Girl members and a very warm welcome to those who have joined the County in 2020.

I am very excited to be your Captain for 2020 and 2021 and to have Ann Wallace as my Vice Captain. We, with the support of the Committee, are committed to continuing to build the membership and to encourage and support our lady and junior members to enjoy their golf and the social events planned for 2020.

We have a good range of courses for you to play this year, details of which can be found on the fixture card on the website www.alcga.com.

Thank you to everyone who came along to the Beetle Drive and games night at the Irvine Golf club in November, it was a great turnout and a fun night, everyone seemed to enjoy themselves. A special thank you to our President Sheila Adams and county member Chris Auld for finishing off the evening with Beetle songs on their ukuleles and a super sing along

Our next social event will be a Fashion Show on the 15th of April at the Walker Hall in Troon, further details will be available nearer the time. I hope to see you and your family and friends there.

Over the last few years we have made a concerted effort to recruit new members, please encourage your friends and golf buddies to join the County if they are not already members, application forms can be obtained from the website, any committee member or on your local club county notice boards.

Wishing you all successful and enjoyable golf in 2020