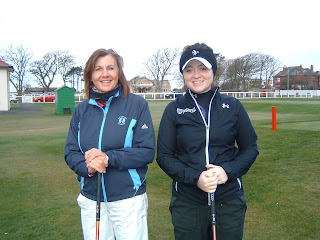 On a dry but cold and breezy morning our four semi-finalists gathered on the first tee to do battle for a place in the afternoon final.  In the first match, between Mhairi Mckay and Jane Finnie, Mhairi went in to an early lead and although several holes were halved, Jane fought back and was only one down at the 18th, however Mhairi won 2 up.  In the second match between Lesley Hendry and Alex Glennie, Lesley came out on top winning 4 and 3. 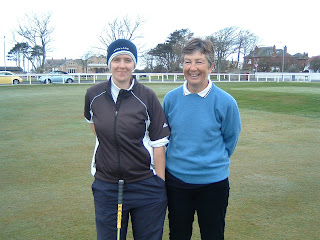 By the afternoon the sun had come out and the wind dropped quite considerably.  Lesley went in to an early lead winning the first two holes.  Mhairi pulled one back but Lesley began to put on the pressure and eventually won 4 and 3 regaining the trophy which she had lost to Rachel McQueen last year. 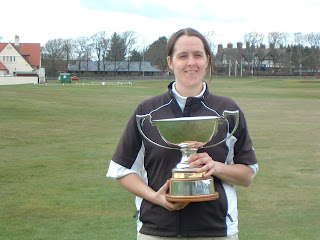