A better day on the weather front and the golf front today at Cardross!

With all to play for Ayrshire were up against the undefeated D&A team and it was a very close match going down to the last match on the last green, a great effort from Ayrshire but they lost out by 3.5 to 4.5. There were wins for Freya Russell, Audrey Thompson and Jenny Linklater with Lorna Ronnie coming from behind in her match to secure a half.

Our result meant that D&A were anxiously awaiting the result of the second flight of matches between Renfrewshire and Lanarkshire. A win for Renfrewshire would mean they lifted the title but a win for Lanarkshire would hand it to D&A.

A number of their matches also went down to the last green with Lanarkshire finally winning by 5 points to 3 much to the delight of the D&A team waiting at the clubhouse. 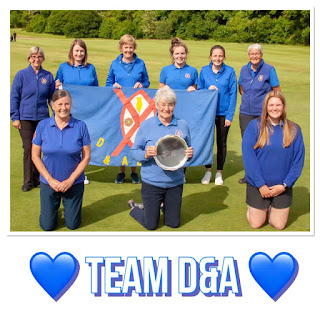 D&A won the last time they hosted the event, back at Douglas Park in 2016, and it was a nail biting finish that year too, they now go to the Scottish Finals at Forres in August to represent the West.

Well done to them and good luck at the finals. Well done also to the Ayrshire girls who did their very best to retain the title and a big thank you to those of you who made it up to Cardross to support the team. 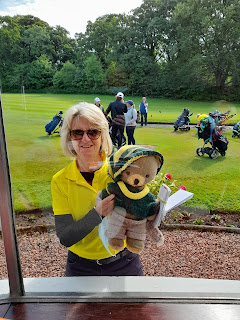 Captain Joanne with the ALCG mascot 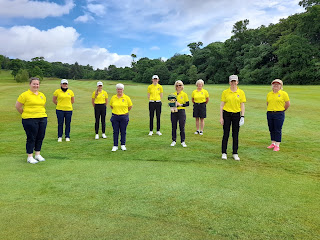 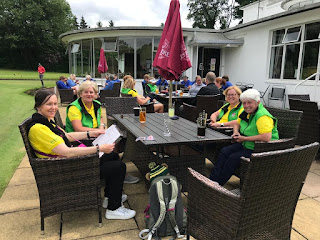 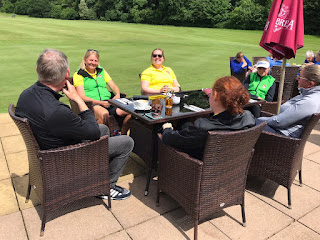 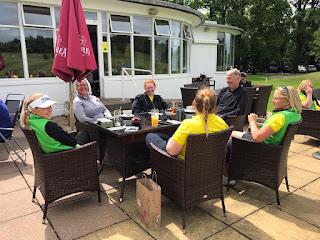 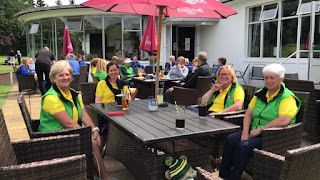 Lunch on the terrace apres golf, awaiting the final matches