The Ayrshire Ladies team of -

arrived at Peebles golf club last week to represent the West of Scotland in the Scottish County Finals.

Playing East Champions Fife on the first day they took a lead of 2-1 into the afternoon singles which they won by an impressive 5-1 to give their first win of the competition by a total of 7-2.

Day 2 and the opponents were the much fancied Champions from the North, Perth and Kinross.  Again a 2-1 lead in the morning gave the team an advantage going into the afternoon where they won the singles 4-2.  An excellent result on the day of 6-3 and confidence was high heading into the final day.

In recent years Ayrshire had reached the final stages of the competition being 3rd back in 2015 at Stranraer and runners up in 2011 at Dumfries and County but everyone was aware that it had been a long 49 years since we had been Champions of Scotland and the prospect of a long awaited win was looking likely.

Day 3 opponents were the 2016 Champions Dumfriesshire and the team did not disappoint taking a clean sweep of the morning foursomes which meant only a further point was needed for Ayrshire to be out of reach of the other teams.  Not only did we get that one point but went on to win the singles by 4-2 for a winning score of 7-2 and be unbeaten over the weekend and worthy champions.

Ayrshire had a very strong team, led by our Champion Louise Duncan and, along with some very experienced players, we also welcomed new recruits Pauline Patrick and Luisa Gibson and all 8 members of the team made their contribution to the overall result.

The Captain and the team would like to thank all the members and friends of ALCGA who offered their support over the weekend. We were fortunate to have some great caddies which helped in the tricky weather conditions and it was nice to see a lot of Ayrshire support around the course. We also received many good wishes before, during and after the event which was very much appreciated.

Attached are some pictures of the winning team plus one of the 1970 winning team of Ann Turner, Jean Campbell, Sheila Hamilton, Isabel Crawford, Cathy McLelland, Betty Singleton, Pat Cairns Smith and Margaret Sharp. 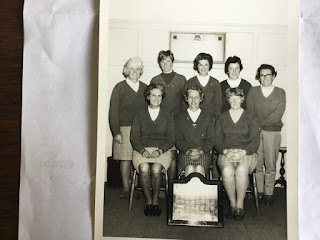 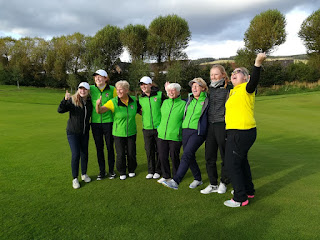 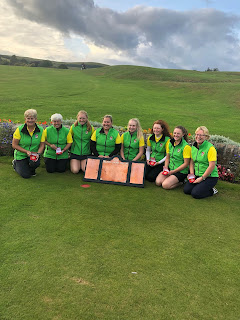 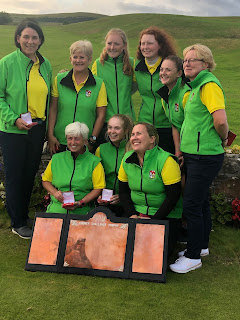