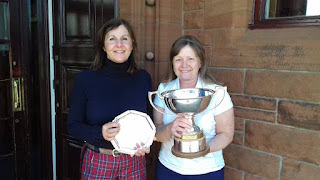 Liz Keohone, (Loudoun Gowf Club) is the new Ayrshire Ladies County Champion, winning the title in her year as Captain. It was a great final between Liz and Jane Finnie, Troon Ladies, with Liz winning at the 19th hole.

Jane got off to a great start winning the first 2 holes, the next 4 holes were exchanged before Liz won 8 and 9 to square the match. Liz then chipped in at the 10th to go ahead for the first time in the game. Eleven and 12 were halved in pars before Jane took 3 holes in a row to be 2 up with 3 to play. Sixteen was halved, then a par on 17 was enough for Liz to take the match down 18 where a great chip secured a 4 and a win. 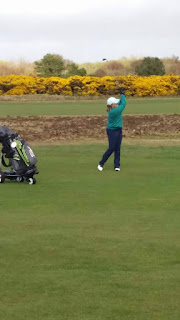 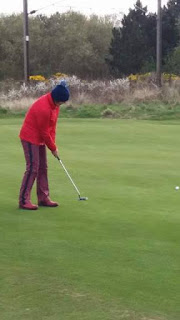 Despite good approach shots to the 19th green neither found the putting surface with Jane running into some trouble at the back of the green. A good up and down from Liz was enough for her to win the hole and the title. 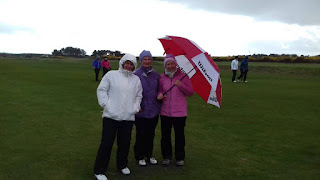 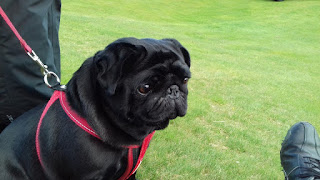 The match was watched by a good crowd who were certainly entertained by the quality of the golf from both finalists in tricky conditions. The better ball score for the 18 holes played being 3 over par.

Well done to everyone who played this week! 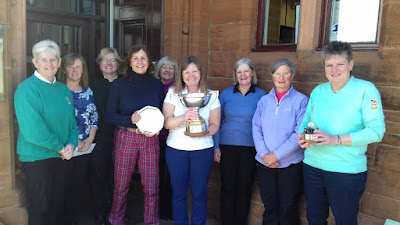