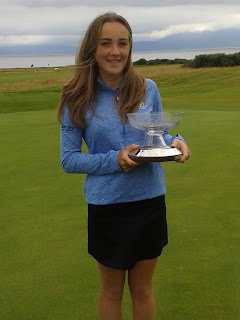 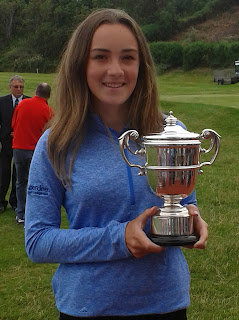 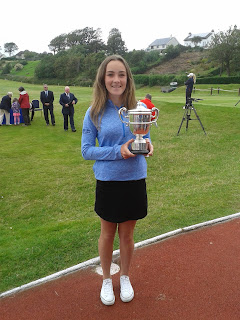 Hazel is pictured here with the Under 16's Trophy which she won from a top quality field of young players this week in the British Girls at West Kilbride. Hazel also received a prize for the best score in the first of the qualifying rounds. The Scotland team in the Team Event comprised, Hazel, Chloe Goadby and Shannon McWilliam and Hazel was presented with this trophy at the prizegiving this afternoon.

The silver cup is the team trophy and the glass one the uner 16s.